Is Solo Travel For You? This Pro and Con List Will Help You Decide 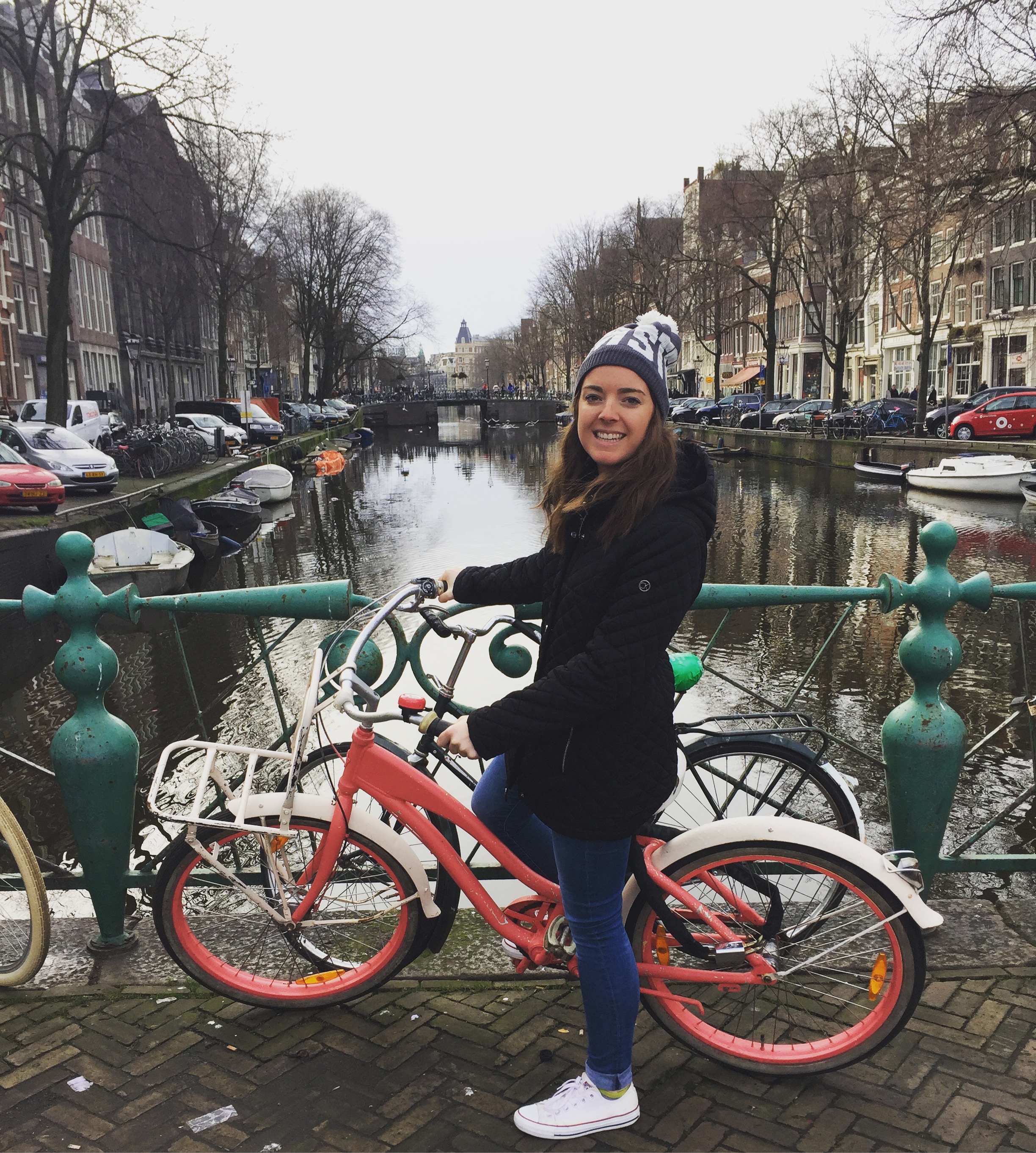 Over the past two months, I have had my fair share of solo travel around Europe. Throughout my trips, I have created a list of pros and cons of taking a trip alone. Some of these may seem obvious, but I have found all of them to be incredibly true (and many other solo travelers I have met along the way have echoed or added on to these thoughts as well!) Here is my list of the main pros and cons I have found traveling solo so you can decide if solo travel is for you...

Obviously when traveling solo, you can do whatever you want whenever you want. Do you want to wake up to see the sunrise over the Alps? Go for it. Do you not like a city as much as you thought you would and want to move on? Or do you want to extend your stay? No problem. If you’re like me and don’t feel extremely interested in art, you can avoid the museums and hit the nature trails instead. As a solo traveler, your entire experience is based on your interests and the best part is, you don’t have to feel guilty for it!

When you travel solo, the experience becomes more personal and more meaningful to you as an individual.

Con: Some Experiences Are Harder as an Individual

As a solo traveler you might miss out on some experiences because they’re expensive for one person to do alone. For example, when I visited Venice I never rode in a gondola because it was 80 euro for a ride and I had no one to split the trip with. I could have made an effort to find some people, but as someone traveling solo you don’t have an automatic group to split the costs of experiences. This is also a bummer for costs like accommodations, when it may be harder to pay for an entire AirBnB by yourself instead of sharing the cost with others. (Luckily hostels take care of that issue most of the time.) 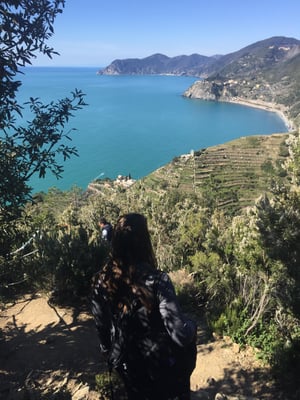 Newsflash, the world is full of people! New friends and people are waiting to talk and spend time with you anywhere you go. If you start to feel lonely, you only have to reach out and start a conversation. Don’t be afraid to spark a conversation with the person next to you on the train or in line for coffee. If they don’t want to talk to you, the worst that can happen is they ignore you or walk away. I have made friends in every city I have visited so far, and now I have friends from all over the world living in cities across the globe. Just because you arrive somewhere alone doesn’t mean you have to spend the whole trip alone. However, if you’re an introvert like me, you can also choose to be alone when you want so that you can enjoy some quality time to yourself.

Con: You May Get Lost Often

Another essential tip that is having good directional sense. It is very likely you will be visiting countries that communicate in a language other than your native tongue. Although English speakers tend to consider English as a universal language, that doesn’t mean every country will put out street signs or maps in English for you. I am blessed with very good directional sense; no matter the language and no matter the city, I can get around relatively easily and never have a problem finding my way home. I enjoy getting “lost” in a city and wandering around to discover new things, but have only been actually lost and nervous one or two times during my two months in Europe. If you don’t have good directional sense, you may want to prepare more in advance by making your own maps or being sure to have specific, written directions before wandering around a new place.

Pro: You Are Forced to Meet New People

In the same way that you are never actually alone, traveling solo forces you to step out of your comfort zone and meet new people along the way.

I definitely don’t know many people who want to be without any social interaction for days or weeks. If you want to be social it is up to you to make an effort and introduce yourself to someone new. You don’t have to become the life of the party, but starting a conversation with a stranger is part of the process. Without the comfort of your family and friends, you have the opportunity learn about other cultures and places through conversations with new people you meet along your journey. Who knows, you might meet the love of your life, your new best friend, or someone you can stay with on a trip in the future!

Con: Being Randomly Judged by Others

As a solo traveler, I eat at restaurants by myself fairly often. The concept really doesn’t bother me (I have been known to even do this in America). The reason I consider this a con is not because I have to eat alone, but because there have been times that others (like the bartender or waiter) have judged me for being alone. For example, in Prague the host actually asked me three times where my friends were before seating me at a table. I have found that in Europe, meals are a time for being social and spending time with those you care about. The concept of eating alone is not common, and has often made me feel judged by people around me. This also goes beyond mealtime, and has also happened on tours or other places I venture to solo.

In the complete opposite way, there are also a lot of people that have complimented me on my decision to travel alone. You would probably laugh at the number of times I have been called a badass in the past two months (sorry for the language but yes, it is a confidence booster!) A lot of people, especially people in my generation, think highly of anyone who is willing to go off on their own adventure. I really enjoy the conversations I have with people all over the world about traveling and comparing cultures. 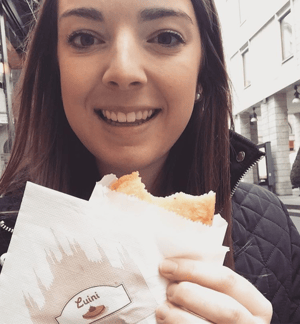 I have found that I gain a lot of respect from others for not being afraid to travel solo so that I can have the opportunity to see the world and learn about other people and places.

Con: You Can’t Have the “Remember that Time When,” Moments

I saved this con for last because it is the one I think about the most as I travel alone. In the past two months I have had an incredible number of opportunities to see and do things I never dreamed I would do. From seeing the ballet in Vienna, to doing a bar crawl in Prague and celebrating carnival in Venice. I have so many happy and fun memories that are really just mine. Don’t get me wrong, I have made a ton of friends in the cities I have visited and haven’t done all of these experiences alone, but when I head back to the States I won’t have anyone to sit and share memories with. I won’t have frequent reunions with friends or groups to share those “remember that time when” moments. When I think about it, I feel a little lonely. I can always share stories with my friends and family, but there are few better feelings than sharing memories with the people you met on your travels.

You wouldn’t believe the amount of times I was the last person allowed on a tour, the last one to squeeze on the bus or the last person to get a ticket. By traveling alone, you only have to worry about yourself and often can convince others to give you the last spot. Other strangers will squeeze a little more to fit one person on the metro, but probably wouldn’t for two more people. When I went to see The Last Supper in Milan, I got a ticket for a time slot for twenty minutes after I arrived (the tickets usually have to be reserved months in advance). When you don’t have to worry about others tagging along, you can usually sneak into anything.

I hope this list helped some of you decided whether traveling alone is for you! I would highly encourage anyone to take the leap of faith and take a solo trip to a new place. I have grown so much as a person by going out of my comfort zone and traveling by myself. Don’t be afraid, the world is out there waiting for you! 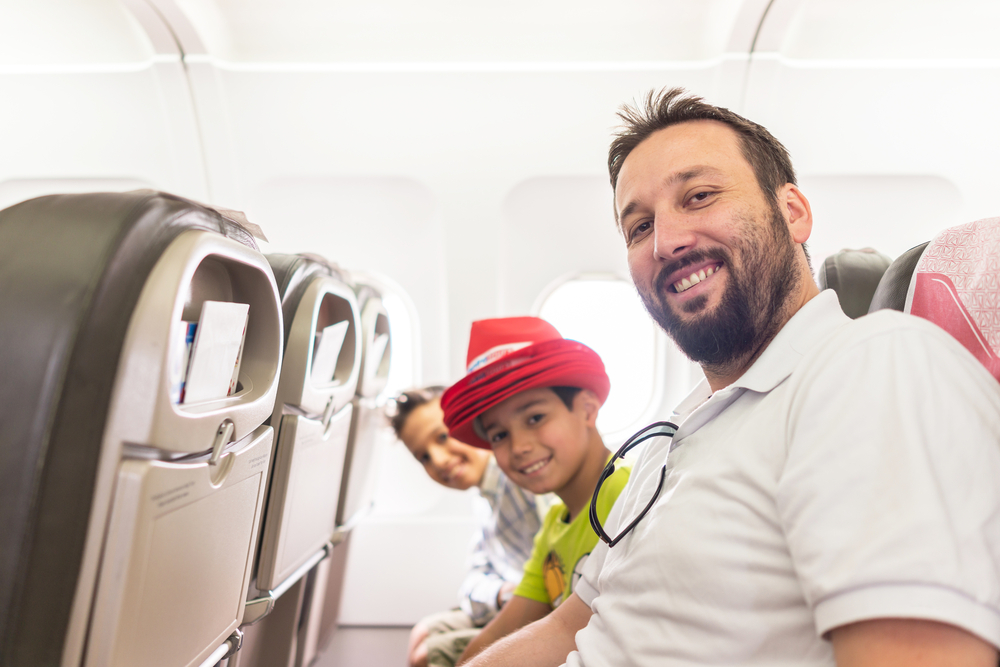 Homestay abroad What if you’re wanting to travel abroad right now? How comfortable do you feel traveling overseas when you see news headlines like...